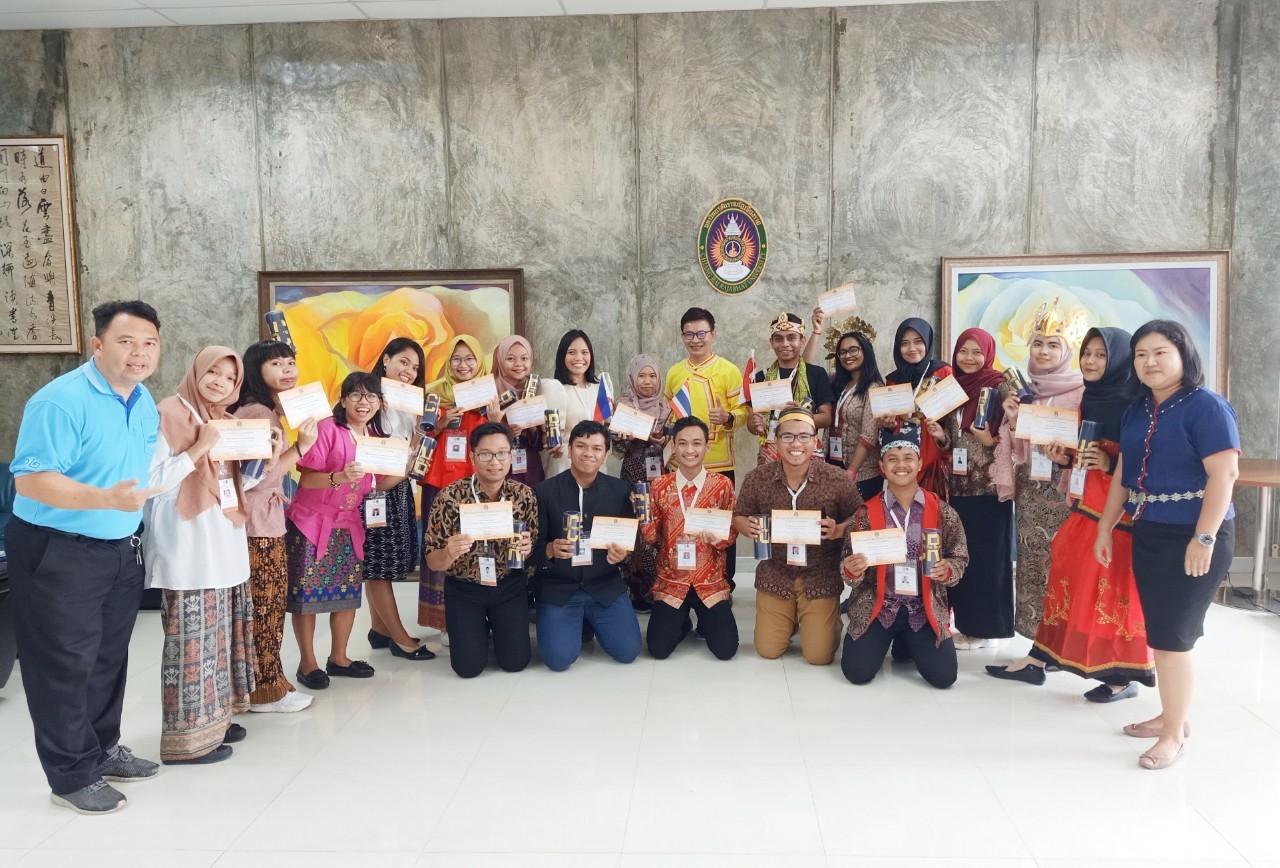 SEA Teacher Project or Pre-Service Student Teacher Exchange in Southeast Asia is a program initiated by Southeast Asian Ministers of Education (SEAMEO) involving countries in Southeast Asia. Eleven SEAMEO member countries are collaborating in this project to improve the quality of education in Southeast Asia and revitalize teacher education, as well as to continue to build and improve the quality of teachers in the regions of their home countries. The SEA Teacher Project Batch 8 program takes place from August to the end of September 2019 with an MoU that has been signed by approximately 107 university representatives from within and outside the country, 49 of which are Indonesian universities, 43 universities from the Philippines, one university from Malaysia, 12 a university from Thailand, and two universities from Vietnam.

As for the university which is the organizer or the host for my group, which consists of 19 students from Indonesia and the Philippines is Chiang Rai Rajabhat University or abbreviated as CRRU. We were warmly welcomed on the first day, and given further explanation of the activities for four weeks in this province located in Northern Thailand. In the first week, we went through an orientation session, a session where we got to know each other with our delegates and were distributed to our respective schools which were far from each other. We were also given an introduction to the target school and an observation period of three days. The second week continued with the preparation lesson plan which later will be used for the next week. Teaching week This was the hardest time we had during this project - where we were required to teach students who we were unable to communicate in the language they knew. I have used various methods and media for the smooth running of teaching and learning activities with the students, including nursery rhymes, video, hand puppet, flashcards, and a series games which really attracted their hearts. The last week is a week of reflection, where the teacher mentors and supervisor Each school meets with the relevant university to discuss the results of the participant's performance evaluation SEA Teacher Project while at the school.

Without being noticed, four weeks passed so quickly for me. It feels as if just yesterday I arrived at school, greeting students in the morning with a give hi to students, participate in lunch with the teacher at school, and watch kindergarten students take a nap. The experiences that I have gained while participating in this program will never be forgotten. Inviting students to follow my body movements, imitating Thai which is the translation of what I want to say to students, really made an impression on my heart. I still remember when the students hugged me tightly on my last day teaching - saying, "Don't go, Teacher Miaowmiaow (my Thai name is there)! ” I remember the enthusiasm they gave them when I tried to explain the lessons at the time to them, when I discussed with the mentor teacher about the media I wanted to apply in class to break down barriers at that time- language barrier. So much knowledge and moral values that I got while in Chiang Rai. One month really goes by quickly - it seems, not enough for me to be able to give much to my students in Chiang Rai - however, I have given my best. I know that they will not forget me, nor will I ever forget them.

There were also several moments that I thought deserved appreciation - when Sarah, my friend from the Muhammadiyah University of Purwokerto, and I, performed a traditional dance accompanied by the song "Tokecang" in front of hundreds of Chiang Rai Municipality School 2 students. our dances, some even participate in waving our hands, mimicking our movements. We also performed the Maumere dance as the last performance on Closing Ceremony at Chiang Rai Rajabhat University together as an appearance from Indonesia - we received boisterous applause from CRRU students as well as lecturers and staff of this program committee. The four weeks that we spent together kept our friendship close, until the time of separation arrived and tears rolled around every corner. This program was closed with presentations from each delegation sent to schools across Chiang Rai, which could be in the form of videos or PPt slides. Finally, we took a group photo and were given T-shirts by the President of International Relations of the CRRU and a certificate for our participation in this truly impressive program.