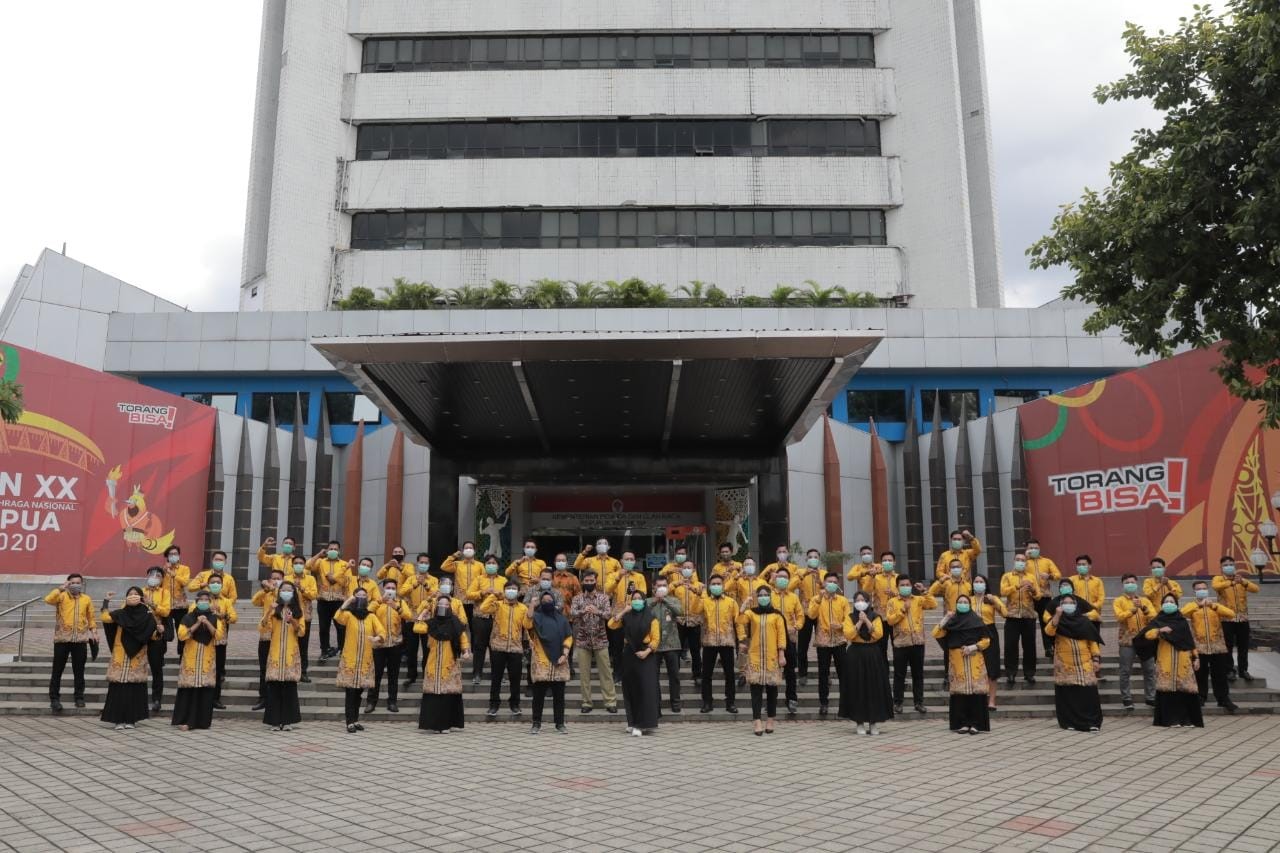 The Ministry of Youth and Sports of the Republic of Indonesia (Kemenpora RI) considers youth to be agents of change in the nation. Therefore, the participants of the National Young Leaders Cadre Education (PKPMN) Batch I / 2020 are expected to become anchors for strengthening national cohesion amidst the diversity of the nation. This was conveyed by Deputy Youth Development Asrorun Ni'am Sholeh when meeting with PKPMN participants at the Wisma Menpora Auditorium, Senayan, Jakarta. "As agents of change, youths have to build a lot of collaboration and networking, creativity, innovation, pioneering, critical and strong physical reasoning," said Asrorun Ni'am accompanied by Assistant Youth Leadership and Pioneering Ibnu Hasan and Expert Minister Syamsul Qomar, Friday (11/12) morning.

Rount Maulero, a student of German Literature at the State University of Malang, became the East Java delegation in the event. He represented a talent interest organization, more specifically the Indonesian German Language and Literature Student Association (IMBSJI) and the Housekeeper of the State University of Malang Student Dormitory. Through a German class that he founded called "DEUTSCH ONE" was able to deliver him to be a part of PKPMN Generation I. "I am very grateful to be able to get this golden opportunity, although it is not as good as the other participants, I have learned a lot and took experiences from my friends there."

One of the participants from the Talent Interests Organization, Rount Maulero, conveyed that his motivation to join PKPMN was to learn how to lead and implement what he could later apply in his daily life. "I learned how to lead a good and wise way to be implemented in everyday life, especially in organizations that are currently being carried out," he said. "I hope that it can motivate young people, especially in East Java, to upgrade their knowledge of nationalism because this is a very fundamental thing in order to foster a sense of nationalism and patriotism for the nation and state," he added.